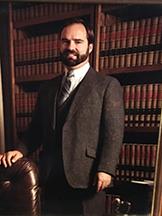 Tim is one of the most well known workers' compensation attorneys in the Los Angeles and greater Los Angeles areas. This is in part due to his groundbreaking toxic exposure litigation in which he successfully represented around 1400 injured workers against Lockheed Martin. The result of this litigation included hundreds of millions of dollars in settlements for his clients. Following the litigation, his firm continued to fight aerospace companies which ultimately assisted in the overall improvement of safety conditions for aerospace workers and the reduction of smoking in the workplace.

Tim has also made a name for himself in representing many firefighters over his many years of practice. Not only was Tim's son and brother-in-law a City of Los Angeles firefighter, but the Larson family also has history of firefighters in family going back to the early 1940's.

More specifically, Tim prides himself in assisting firefighters that have sustained very serious injuries while working, including but not limited to amputations, severe burns, head trauma, posttraumatic stress disorder, smoke inhalation, cancer and various orthopedic injuries. Tim is most well know by firefighters for his trial against the City of Los Angeles, in which he got a firefighter back to full duties after having a large portion of his leg amputated.

To date, Larson, Larson & Dauer, ALC continues to succeed due to their commitment to provide a high quality of representation and attention to detail, that other workers' compensation firms just can't match.